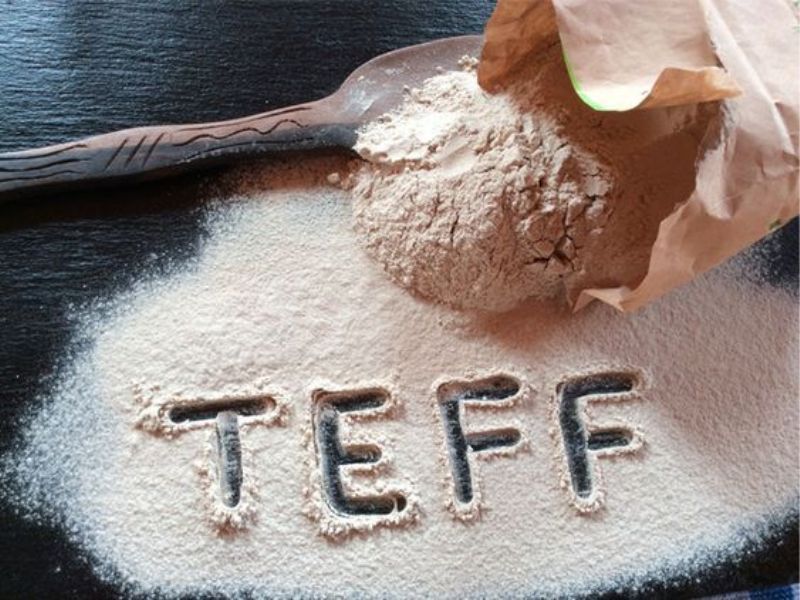 If you’re here, it’s because you need a substitute for teff flour. We get it. You probably don’t have any teff flour in your kitchen, and you’re looking for something that will work as a replacement.

Teff flour is a gluten-free, nutritious ingredient with a nutty taste that can be used in many different recipes. It’s high in protein and fiber, and it’s an excellent source of iron. Teff is also easy to digest, making it great for people with sensitivities or allergies to other grains. So what are the best substitutes? We’re here to help!

Almond flour is an excellent substitute for teff flour because it has a similar texture and it can be used in many recipes that call for teff.

This substitution is especially good if you’re making bread or pastries, as the flavor will not be affected too much by the substitution.

Coconut flour can also be used as a substitute for teff if you want something with a lighter texture.

Coconut flour is made from dried coconut meat that has been ground into a fine powder.

It has a slightly sweet flavor that some people love—but if that doesn’t sound appealing to you, don’t worry!

Coconut flour works well with other flavors like vanilla extract or cinnamon.

When substituting coconut flour for teff in recipes like pancakes or cookies, be sure to add about 25% more liquid than usual so the batter doesn’t become overly dry (which will happen if you don’t).

Buckwheat flour is a great substitute for teff flour, because it has a similar texture and can be substituted at a 1:1 ratio.

To make buckwheat flour, grind up raw buckwheat groats in a blender or food processor until they are very fine.

Then, process it again until it becomes powdery.

This can be used as an alternative to teff flour in recipes like pancakes, waffles, and crepes.

Rice flour is another great option to consider when making substitutions for teff flour because it works well with baked goods that need extra moisture added to them (such as brownies).

Rice flour will absorb moisture from other ingredients in your recipe so this may not be an ideal choice if you’re trying out new recipes that require less moisture than normal (like pizza crusts).

Sorghum flour is made from the whole grain of the sorghum plant, which is a type of grass.

It can be used in place of teff flour to make gluten-free baked goods.

It has a sweet taste and can be used to make muffins, pancakes, scones, and other similar items.

Sorghum flour is an alternative option for those who cannot consume teff flour because they are allergic or have Celiac disease or another condition that prevents them from eating foods containing gluten (which is found in wheat).

Quinoa flour is made from quinoa seeds, which are actually the seeds of a plant in the amaranth family.

It’s naturally gluten-free, so it’s a great alternative for those who can’t eat wheat.

It’s also rich in protein, making it a good option for people who are looking to add more protein to their diets.

Like teff flour, quinoa flour is very fine and light in color.

You’ll notice that you need less quinoa flour than teff flour when you’re measuring out either ingredient—a little goes a long way!

Oat flour is made from grinding oats, and its texture is similar to that of wheat flour.

It’s slightly coarser than wheat flour, which makes it a good substitute for teff flour if you’re looking to make something thicker or doughier.

It can also be used in place of all-purpose flour, but the result will be more crumbly.

Oat flour has a lower protein content than teff flour, so it won’t give you an identical texture when used as a substitute.

However, this lower protein content can actually be an advantage because it allows for greater flexibility in cooking temperatures and times.

In conclusion, we’ve listed the best substitutes for teff flour.

While each of these substitutes has its own unique properties, they all have one thing in common: they are all easy to find and use.

While there are other substitutes out there, these are some of the most popular and accessible ones.

We hope that this list will help you find a substitute for your favorite recipes that call for teff flour!