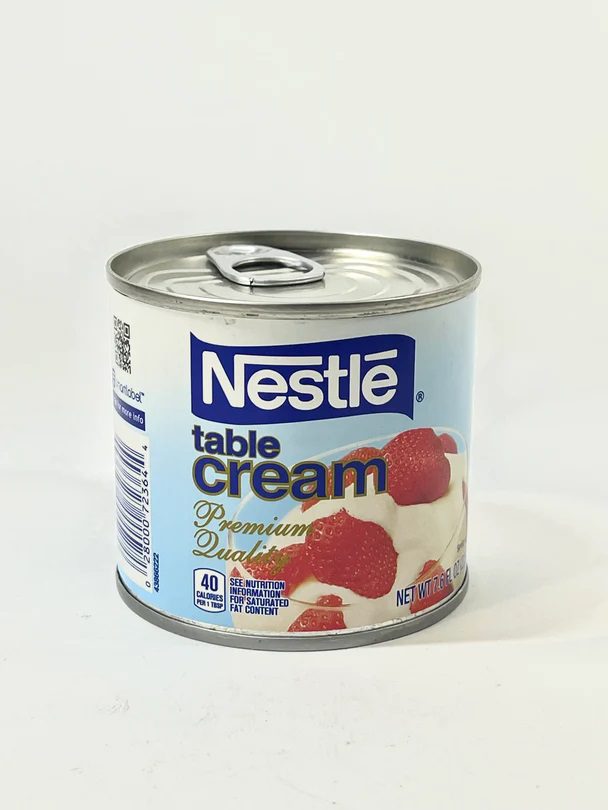 The French use table cream extensively in their cooking. The fat content of this cream ranges from 18% to 30%, giving it a rich, creamy consistency.

Looking for the best alternative to table cream? Here’s the guide you need.

Table cream has a somewhat high fat content, but is nevertheless referred to as “light cream” since it has a lower fat percentage than either whipping cream or heavy cream.

Although whipping or heavy cream is not the same as table cream, it may be used as a substitute.

Although it is possible to use different creams in place of table cream, doing so is more difficult than it seems. Now, let’s discuss the five most viable alternatives to table cream and why using it might be problematic.

What Is Table Cream?

Table cream, often called light cream or coffee cream, varies in milk fat content from 18% to 30%, depending on the brand.

As a rule, this cream won’t include any extras like sugar or artificial flavors. The cream is 100% pure, fresh, pasteurized dairy. Its most common use are in beverages like coffee and mixed drinks.

There are specific methods for handling table cream, despite its ethereal texture. It’s a common misperception that being exposed to more light is beneficial to one’s health.

Although the cream is less dense than whipping cream, its milk fat level is still too high for those watching their weight or with dietary restrictions.

Remember that there isn’t enough fat in this cream to achieve the emulsion effect necessary for whipping it. As a result, recipes calling for whipped cream cannot use it.

In addition, when subjected to extreme heat and pressure, table cream tends to separate.

For this reason, the low-fat content of this cream necessitates careful handling in the kitchen; if the combination is allowed to boil, the outcome will be a thin, gritty, curdled texture that will not be desirable in any dish.

However, thickening additives, such as cornstarch or flour slurries, may assist pull the sauce back together if the cream has already been curdled.

Flavored versions of table cream exist, with coffee, hazelnut, and vanilla being the most popular. These are scrumptious mixed with milkshakes, lattes, or mugs of hot cocoa.

In addition to its traditional uses, table cream is versatile enough to be used over cereal or drizzled over fruit salads. In many households, it is a staple ingredient in savory dishes like sauces and gravies.

Actually, it may be used everywhere a creamier, more luxurious taste and texture is desired. If you have a sweet craving, you may use this cream to put the finishing touches on sweets.

Put some on top of a piece of apple pie or baked pudding. It tastes great in place of milk in your morning cereals.

Half And Half Cream

This table cream has a lower alcohol content than standard table cream. This is due to the fact that ordinary cream is combined with milk to create the beverage.

Half & half contains around 17.9% milkfat, all of which is found in the cream. It’s the lightest of the creams we’ve mentioned, so it may not work in all your recipes.

Half and half is an excellent fat-reducing replacement for use in baked goods, sauces, and homemade gravies.

Gravy or sauce that’s too watery? Thicken it up with more cornstarch or flour.

Half-and-half may be preferable than full-fat cream if you plan on using the cream in other beverages, such as coffee or tea, since it is thinner and has less calories.

It’s recommended that you use no more than a single cup of this sort of table cream. Use any more than that, and whatever you’re thickening will likely be unusable.

This item, sometimes known as “unsweetened condensed milk,” may be found in most grocery stores throughout the globe.

Milk that has had around 60 percent of its water removed is known as evaporated milk.

Because of this, its fat and solid content is almost double that of ordinary milk.

You may use evaporated milk in place of conventional cream to thicken your coffee, but you should do so with caution.

The flavor of evaporated milk is significantly more intense than that of whole milk, hence the two are often combined.

To thicken a meal made using evaporated milk in place of table cream, add some cornstarch.

Cornstarch is an additive that may thicken drinks without adding any fat.

Add 2 tablespoons of cornstarch per cup of milk and stir until the sauce thickens.

The next item on our list of acceptable alternatives to table cream for serving purposes is Greek yogurt. Since it can be found in most grocery stores, it is also an acceptable substitute for table cream.

Greek yogurt is a great addition to baked goods since it doesn’t mask the original taste.

However, if you try to use Greek yogurt in place of regular cream, the result will be too thick for your liking. To make it more drinkable, you may want to add some more milk and give it a good stir.

Since it has about the same amount of fat as heavy cream, you may use as little as half as much. Milk may be used to alleviate some of the richness.

Silken tofu, a vegan alternative, is our final choice. This may not seem particularly detailed at first, but bear with us.

Soybean is a well-known component used in many different kinds of food, from meats to sauces. Milk made from soybeans, for instance, is widely consumed because of its perceived health benefits.

In comparison to regular tofu, the silken kind (also made from soy milk) is noticeably more delicate. It may be used in lieu of cream in many dishes, and it crumbles readily.

Blend silken tofu until it becomes a smooth purée and use it in lieu of table cream in any dish.

In this case, 1 cup of table cream to 1 cup of silken tofu puree is the ideal combination.

We hope that our rundown of suitable alternatives to traditional table cream has helped you make more informed decisions about the ingredients you use.

It is important to keep in mind that the consistency of the substitute will impact the final taste of the meal.

The 7 Best Yogurt Substitutes For Smoothies