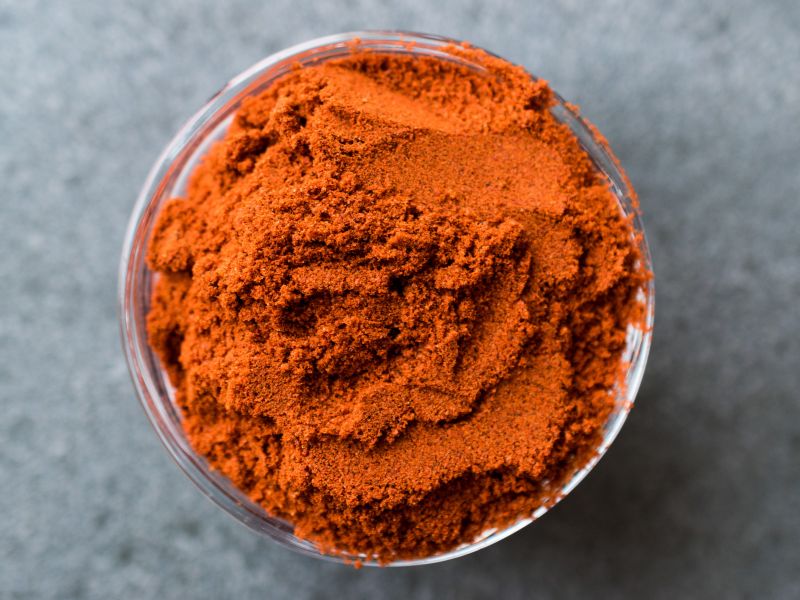 Smoked paprika is a delicious spice that has been used for centuries.

It’s made from red peppers that have been smoked until they turn a deep brown color.

The smoky flavor it imparts is amazing in soups, sauces, and stews.

In this article, we’ll give you an overview of the seven best ones so you know what to look for when buying a substitute for your favorite spice!

What is Smoked Paprika?

Smoked paprika is a spice made from ground, dried red peppers that have been smoked over smoldering wood.

The peppers are often dried over oak or beech wood, which gives them their distinctive rich color and smoky flavor.

It’s actually more like a seasoning than a true “spice,” since it doesn’t contain any actual pepper seeds.

Smoked paprika has an earthy flavor that works well in dishes like stews, soups, and sauces.

It’s also great to add just a little bit of smoky flavor to roasted vegetables or other dishes that aren’t already heavily flavored with spices or herbs.

You can find smoked paprika in the spice section at grocery stores, but if you can’t find it there, you can also order it online.

If you’re looking for a substitute for smoked paprika, there are several options:

Sweet paprika is a sweet and milder version of smoked paprika, which has a smoky flavor that can sometimes be too intense for some dishes.

It’s also much more affordable than smoked paprika, though it often has the same color and texture as its smoked counterpart.

Sweet paprika is best used in sauces and soups that need a little extra sweetness to balance out the saltiness of the ingredients.

You can also use it on grilled meats or fish for those who don’t like their food too spicy.

Smoked paprika has a deep, rich flavor with hints of smokiness and a bit of heat.

Chipotle powder is also spicy and smoky, but it’s much more pungent than smoked paprika.

Its flavor profile is similar to that of chili powder and cayenne pepper.

If you’re looking for an alternative to smokey-sweet spice, the chipotle powder is your best bet.

Chipotle powder is great on Mexican dishes like tacos, burritos, nachos, and quesadillas; it also works well in soups and sauces like mole sauce.

Ancho chili powder is the dried version of poblano peppers, which are dark green in color and have a sweeter flavor than jalapenos.

They have a mild heat to them and are often used in Mexican cooking to add depth and a hint of smokiness.

They’re also perfect for making your own chili powder blends!

Ancho chili powder has a rich, earthy flavor that pairs well with other spices such as oregano, coriander, cumin, and paprika.

It’s great sprinkled on roasted vegetables or rubbed on chicken or beef before grilling it up!

Chili powder is made from grinding dried chili peppers and adding some additional ingredients to the mix, like garlic, salt and other spices.

It has a deep, rich flavor with a bit of sweetness that is usually balanced by the addition of other spices.

Chili powder is often used in Mexican dishes, but it can also be found in curry dishes and other ethnic cuisines.

Use chili powder anywhere you’d normally use smoked paprika—it will have a similar flavor profile but without any smokiness or spiciness if that’s what you’re looking for!

It’s a great option if you want to add smokiness to your food without overpowering it with smoke.

Pimenton is made from smoked red peppers. You can buy it in flakes or ground, and it will add a deep, earthy flavor to any dish that needs it.

Pimenton is great for adding color and flavor to soups and stews, as well as braises, sauces, and marinades.

Cayenne pepper is one of the most common substitutes for smoked paprika, especially if you’re looking to add some spice and heat to your dish.

It’s also a great way to add some extra flavor without adding more sodium or fat.

Cayenne pepper has a slightly fruity flavor that can be used in almost any dish that calls for smoked paprika: chili, soups, stews—even salad dressing!

The heat and spice of cayenne pepper can help balance out fatty foods like burgers or tacos, making them more enjoyable without adding more calories or fat.

Cayenne pepper works best when you want to add a kick to your food without adding an overwhelming amount of smokiness.

It’s perfect for adding flavor on top of other ingredients rather than having it stand alone in a dish.

Chinese five spice is a combination of cinnamon, cloves, ginger, fennel seeds and star anise. The combination of these spices create a unique flavor that is warm and savory.

Chinese five spice is used in many Asian dishes including stir-fries, soups, meat dishes and even desserts.

Chinese five spice is also great for adding to marinades for chicken or pork when you want to create a richer flavor profile with some heat from the cloves and fennel seeds.

You can also use Chinese five spice to add flavor to stews or chili. Be careful not to overdo it though because the flavors can be very strong!

The best way to use Chinese five spice is as an ingredient in your dish instead of as a standalone seasoning because it has such strong flavors that it can easily overpower other ingredients if used too heavily.

You should never use more than one teaspoon per pound of meat or poultry when making marinades or rubs for meat dishes like chicken wings or pork chops because this will give your dish too much heat from all of those spices!

So, there you have it! The top 7 substitutes for smoked paprika.

If you’re feeling adventurous, try some of them out and see how they work for you.

If you want to keep things simple, use the classic smoked paprika.

Or, if you’re out of town and can’t find the real thing at your local store, try one of these substitutes instead!